Vong Hin Fai is founder partner of the “VONG HIN FAI LAWYERS & PRIVATE NOTARY”. He practices in Macau as lawyer and private notary, since 1996 and 1997 respectively, and he is a China-Appointed Attesting Notary (Macau) of the Ministry of Justice of the People’s Republic of China since 2006.

Vong Hin Fai has extensive experience in various legal areas, particularly, on Real Estate and Land Law, Administrative Law, Commercial Law, Banking and Finance Law. His academic and professional background, as well as his experience are recognized in divers sectors of Macau.

He is also an arbitrator of the China International Economic and Trade Arbitration Commission.

He made recognized contributions to the science of law of Macau, and he was the first Coordinator of the Law Program in Chinese of the Law Faculty of the Macau University (1996-1997), and lecturer from 1993 to 2007.

He is a registered lawyer at the Macau Lawyers Association since 1996. 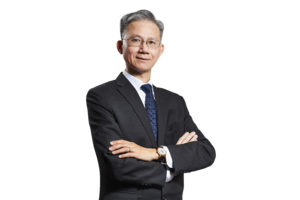